Surviving in France with little French!

It’s time to get real now. As someone who has been obsessed with the French language for years, I can confidently say that learning the French language in the classroom vs. being immersed in a French community are two completely different things! I did everything I could from taking classes and using Duolingo, to listening to the Coffee Break French Podcast almost every day and I still found myself straight up struggling to understand the language.

Now, I can read French pretty well, but when someone comes up to me and just speaks French 1. Fast and 2. Effortlessly, it could be quite fascinating and intimidating at the same time. Sometimes I couldn’t even find the words to say “je ne parle pas beaucoup français” (I don’t speak much French) yeah…. It was baddd, my French professor would have some words for me if she witnessed this horror. It was like this for about the first 2 weeks, but now in the third week, I’ve made a good amount of progress.

It’s true that being in the community and surrounded by the language constantly can improve your skills significantly. When I found myself going to grocery stores and restaurants at first it was difficult, but once I realized that the conversations and questions were pretty routine it got a lot easier. I started having more confidence in my ability to respond and I’ve even gotten compliments from multiple people saying that my French speaking skills were très bien 🙂 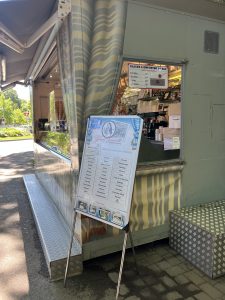 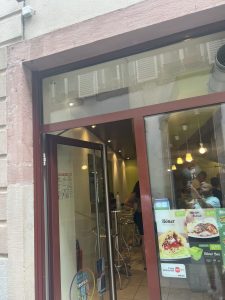 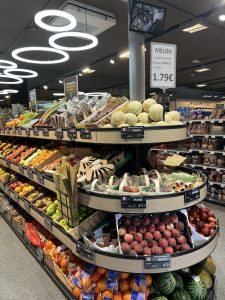 My name is Aaliyah Walker and I have the opportunity to be a Student Ambassador for the 2022 Summer Intercultural Leadership Program in Strasbourg, France. Can I just say that I am so excited to share my experiences this summer with you all. It’s definitely been a journey since this is my first study abroad trip AND my first time out of the United States 🙂

Check out more pictures of the adventure on my instagram! @aaliyahthealchemist

Celebrating My 22nd Birthday in France!