Quoi de beau?? It’s me again 🙂 I’d like to tell you about an exciting journey I went on. On July 16th, our group traveled to Heidelberg, Germany, and was given a tour by one of the BEST tour guides ever, Christian, a bureaucrat, actor, and Heidelberg resident. He gave a fun and interactive tour of Heidelberg, one of Germany’s most romantic cities, and it’s safe to say I fell in love with it!

He showed us places like the old bridge and the church, which served multiple functions such as being the main building for all social events, which I thought was really cool. We also went to University Square, where we learned how the United States gifted Heidelberg schools and how many international students attended the university. Getting to try the food was my favorite part XD.

My friends and I went to Alfredo, a restaurant that served pizza and various types of pasta. Two of my friends ordered a four-cheese pizza, and my friend and I ordered pasta. “Fantasia” was the name of the pasta I had. It was topped with mozzarella cheese, spaghetti noodles, butter sauce, bacon, and arugula. First and foremost, the portion size was enormous only 7.90 euros! That took my breath away. Not only that, but the food was so good that I could just barely finish it. It was fantastic.

After lunch, we took a train to Heidelberg Castle, which was built on a mountain with the most beautiful view of the entire city. When we got to the top, we were allowed to go on a self-guided tour. The architecture was breathtaking, and the view… I’m sorry I can’t stress this enough, it was literally amazing. I took so many pictures!! I highly recommend traveling to Heildberg if you ever get the chance! 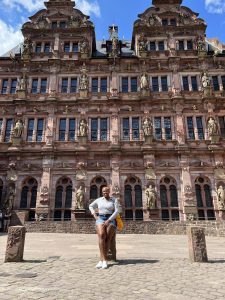 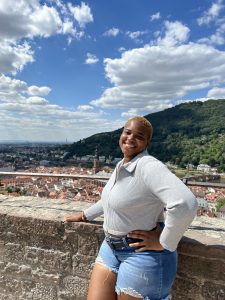 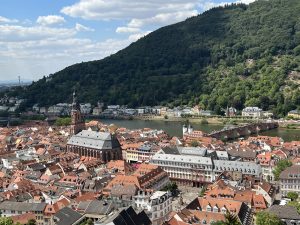 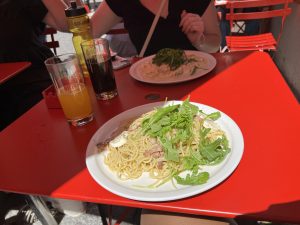 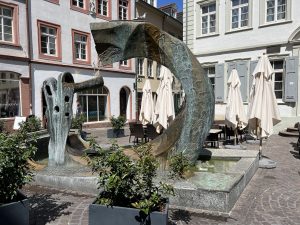 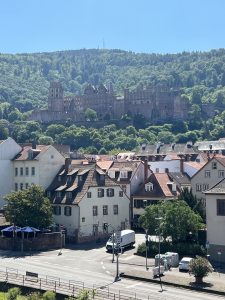 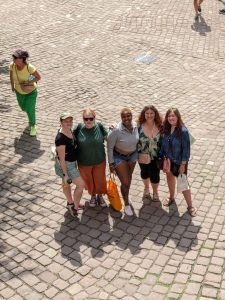 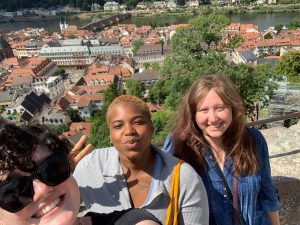 My name is Aaliyah Walker and I have the opportunity to be a Student Ambassador for the 2022 Summer Intercultural Leadership Program in Strasbourg, France. Can I just say that I am so excited to share my experiences this summer with you all. It’s definitely been a journey since this is my first study abroad trip AND my first time out of the United States 🙂

Check out more pictures of the adventure on my instagram! @aaliyahthealchemist

Life in a Château
Celebrating My 22nd Birthday in France!